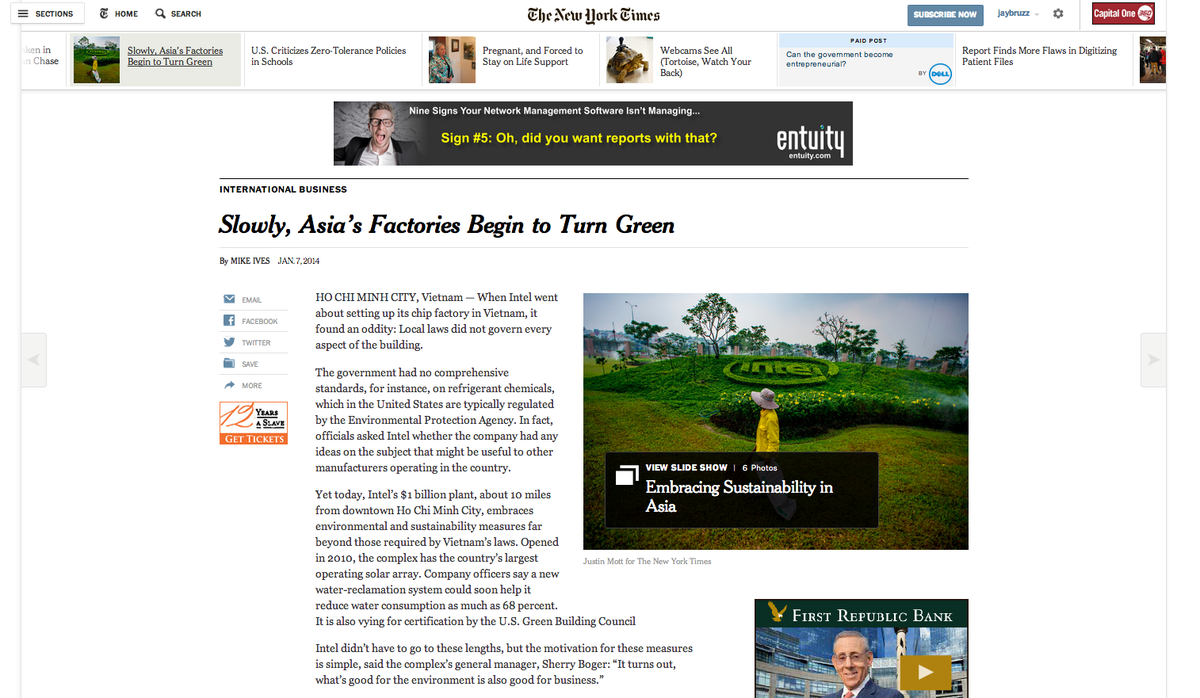 But it’s not clear to me that they’re really game changing improvements. These changes don’t reinvent or expand my notion of what an article is, nor do they materially change the user experience of an article. (Though, to be fair, I didn’t much like their previous attempts at reimagining what an article can be.)

More importantly, it does’t seem to me that they address the fundamental question of how to grow The Times’ audience, and they don’t necessarily show a path forward for adapting to rapidly changing news consumption habits. They’re also desktop-locked improvements, for the most part, which might be seen as either a luxury or a distraction at a time when mobile traffic is the most urgent issue for content publishers. (The Times did recently optimize their article views for mobile browsers, though these questions weren’t necessarily answered with that change either.)