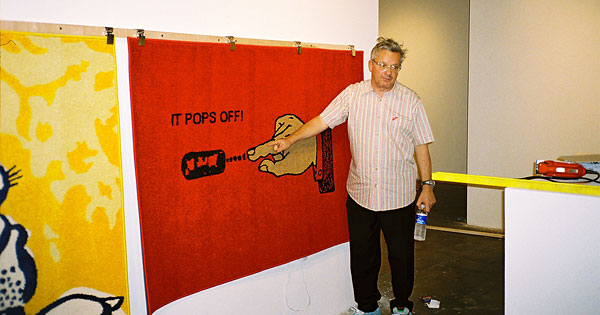 But one thing we learned is that rebellion is obsolete. The punks should have learned from the hippies. Rebellion is obsolete. The hippies just became commodified by big business; they just got sucked in and became hip capitalists. And the same thing happened with the punks—they just turned into a fashion statement and became irrelevant. The only true way of change in this country (…) it’s subversion. And when I first started doing commercials I sued to put subliminal messages in them all, and then it became too easy but every now and then I think I’m going to do a gallery show because I have about 50 commercials that I put subliminal messages in every single one of them.